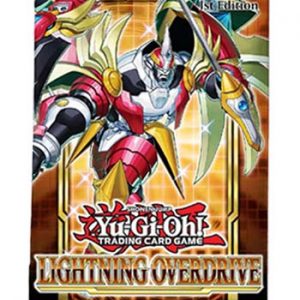 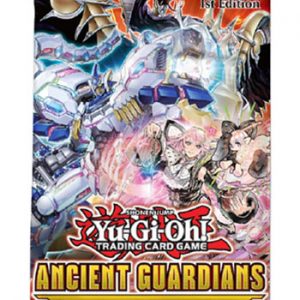 The Yugioh collectible card game has been around for more than 20 years now. And it’s still one of the most popular collectible card games in the world. Every few months, a new Booster Set with new Yugioh singles is released, with new cards that alter the game play. These Yugioh packs are how you first get into playing and also how you beef up your card collection.

What Will You Get in Yugioh Booster Packs?

So what do you get in these Yugioh booster packs? That depends on what kind of pack you’re getting Packs from the Yugioh Trading Collectible Card Game, the version played in America, contain nine cards each. (Packs from the Yugioh Official Card Game contain only five.) Originally, Yugioh card packs were guaranteed to have 7 Common cards and 1 Rare card. The last card would either be a Common, a Super Rare, an Ultra Rare, or a Secret Rare card. As of 2016’s Breakers of Shadow booster set, the ninth card is guaranteed to be at least a Super Rare. There is a 1 in 6 chance of it being and Ultra Rare. And a 1 in 12 chance of it being a Secret Rare. The odds for older packs are 1 in 5 for Super Rares. They’re 1 in 12 for Ultra Rares, and 1 in 23 for Secret Rares. Check out a Yugioh bundle available now.

Common cards are the least powerful cards in the game, and not worth very much on an individual basis. But that doesn’t mean they can’t be very useful, though. Common card names are printed in either black or white, and they have no holofoils. Rare cards tend to have more powerful effects, and they are worth a little more. They have names printed in silver or bronze, and no holofoils.

Super Rare cards have exceptional abilities, and can be worth quite a bit. They have foil card images and non-foil names.

Ultra Rare cards have truly extraordinary effects that can change the course of a game all by themselves. They tend to be worth a lot of money. Ultra Rares have names printed in gold and holofoil images.

Secret Rare cards also have exceptional abilities and high value. However, not all Booster Sets have Secret Rares. These cards have rainbow holofoil names and parallel holofoil images.

Getting Started with Yugioh Card Packs

There are a great many different Yugioh packs to choose from. For that reason, it can be difficult to know how to get started playing the game. There is no one correct answer, because every set has its own strengths and weaknesses. However, it’s often not a bad idea to just buy the latest Yugioh booster packs. They are usually not as expensive as older releases As far as older packs go, Rise of the Duelist packs have a lot of powerful cards of all types. They are therefore good for players looking to get strong decks fast. With Savage Strike packs, you often get powerful monsters and synergistic cards. Soul Fusions packs have some very powerful dragon cards that work well in almost any good deck. Really, though, you can’t go wrong with any of the Yugioh booster packs.
Login with Facebook Login with Google